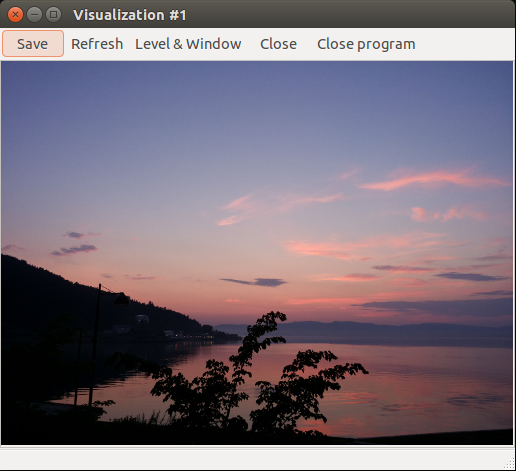 I do a lot image processing both on images and 3D images / volumes. There exist many image processing libraries out there. Some are big and some are small, but none seems to fit my taste. ITK is one of the major image processing libraries used in my field of research, but this library is, in my opinion, extremely cumbersome. And I can’t be the only one who think so since there has been made an alternative called Simple ITK. There exists many other image processing libraries that tries to be simple to use, but most of them don’t allow you to do volume processing, which I do a lot of. I want a library that allows me to quickly go from an algorithm concept to getting actual pictures on the screen so that I can quickly verify the results. So far I’ve been using Matlab for prototyping image processing algorithms, and it have worked quite well, but as I see it Matlab has two major problem: speed and computation and GUI in one thread. A long story short, I’ve made my own Simple Image Processing Library (SIPL) which I now use in my research. I’ve added a short guide here on how to use and install it in case anybody else feel the same as I do and thinks this library could be of any use to them as well. Also, this small little library is still in development so if you have any feedback, suggestions, comments or bug reports please let me know.

Main goals of the library:

To start using SIPL you must include the Core.hpp file as shown below. The library is defined in the SIPL namespace and you can use “using namespace SIPL;” to avoid having to write SIPL:: in front of everything.

Load image from disk and display it

To load an image from disk simply create an image object with the desired data type you want for your image and the filepath as input to the constructor. In the example below I’ve used the data type color_uchar which is a data type consisting of 3 components of unsigned char (0-255) red, green and blue. Other data types are: char, uchar, short, ushort, int, uint, float, color_uchar, color_float, float2 and float3. The display method created a window displaying the image as shown in the picture below. In this window you can use the + and – buttons on your keyboard to zoom in and out.

To manipulate the pixels of an image you use the set and get functions on the image. You can use both a linear address and a coordinate address: (get(i) or get(x,y))

To convert an image from one data type to another you can pass the image as an argument in the constructor to a new image. Note that not all conversions are possible

Adjust level and window when displaying an image/voume

Two datatypes that are useful for creating vector images are defined, float2 and float3. float2 has two components: x and y, and float3 has three: x, y and z. These vectors are displayed using colors. Below is an example on how to calculate the gradient of an image. 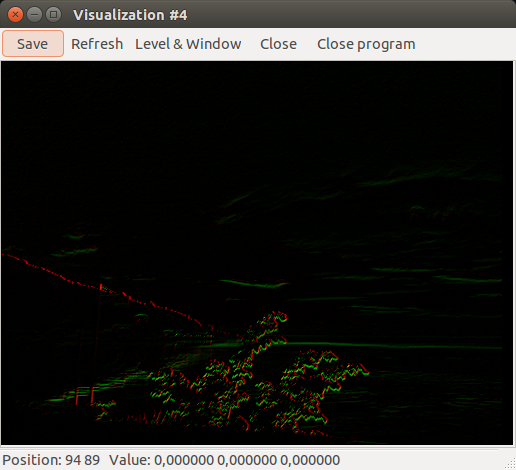 Sometimes you may want to update an image on screen while it is being processed. This can be useful when you do some processing that takes very long time and you want to abort early if something seems wrong. Below is the same gradient example as above, but here the image on the screen is updated when every column is calculated.

Load a volume from disk and display it

A separate class is defined for volumes called Volume. It is very similar to the Image class and has many of the same functions. The constructor can be used to load both raw files and metadata (.mhd) files. To load .mhd files only supply the filepath in the constructor. Below shows an example of how to load and display a raw file. When viewing the volume one can use the up and down arrow keys to move through the slices. 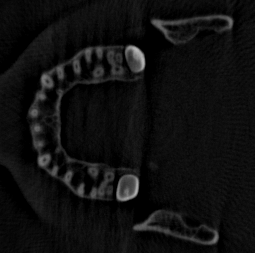 One Z slice of the volume of a skull

To view a specific slice of a specific direction you can specify this in the display method. The first argument is the slice nr and the second is the viewing plane (X,Y,Z). If you supply nothing to the display function the default is slice = depth/2 and viewing plane = Z.

One can also specify level and window here as well.

And just level and window:

Maximum Intensity Projection of a volume

Viewing only slices can be a tedious way to explore a volume. Maximum intensity projection is a simple way to “render” a volume. It does this by sending a ray for each pixel through the volume and selects the maximum value it encounters. The volume class has a method called displayMIP() that will create a maximum intensity projection at a given plane (X,Y,Z), the default is X. 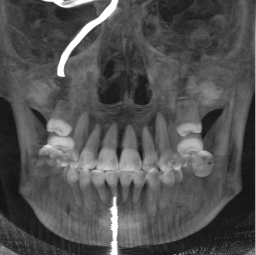 Converting volume data types are the same as with images:

The volumes also has get and set functions. Below is an example of calculating the 3D gradient of the v2 volume above. 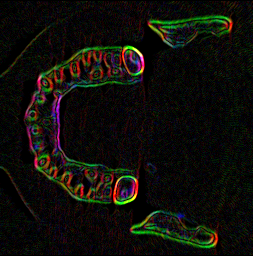 3D Gradient of the skull volume

Saving a volume to a raw file is supported. This is done by calling the save function:

If you want direct access to the underlying data of the images or volumes you can use the getData() and setData() functions:

Then compile using cmake and the supplied CMakeLists.txt file:

Add the location of the bin folder inside the extracted contents to your PATH. This is done by right clicking “My Computer”, select advanced settings and then press environment variables. Scroll down to find the Path variable and add “;C:/pathtowhereever/gtk+-bundle_2.24.10-20120208_win32/bin”. Then you can download the Win32 cmake installer from http://www.cmake.org/cmake/resources/software.html, install it. When running cmake select the folder where the CMakeLists.txt file exists and press configure. Select which type you want cmake to created, for instance a Visual Studio project file. Press generate and you can open generated the visual studio project file and compile.